Do You Measure Up? 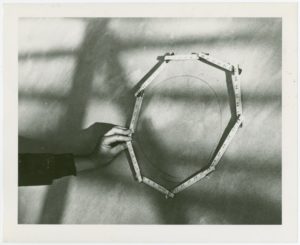 United States of America, Liberia and Myanmar – what do these three countries have in common? If you guessed that they all use imperial measurements you are 100% correct. What is imperial measurement? That is feet and inches. Everyone else uses the metric system. Where did these strange forms of measurement come from? Way back when, body parts were the way people measured… a man’s foot length, finger width, the king’s pinky knuckle (which equaled an inch) and his stride were all accepted forms of measurement. Recently I was listening to a reading regarding the building of a holy structure and the measurements were in cubits. A cubit is approximately 18 inches in length and comes from the distance of a man’s fingertip to his elbow (cubitum is Latin for forearm). If they used my fingertip and elbow they would have had a much bigger structure! I’m coming in at over 19”. Other units used in ancient times where the foot-hand, which converts to 4 inches. I would imagine this comes from the width of the hand. If so I’m perfect.

In architecture we use a variety of measurement terms; the most used of course are feet and inches. However as you delve further into a set of construction documents you are going to find an array of terms. Let’s start out with the site plan. Your property is based on an acre which is equivalent to 43,560 square feet. Well, that is such an unusual amount to you and me but it comes from early farming days and was the equivalent of the amount of land one man and one horse could plow in a day. If we look even closer into this number we discover the dimension is based on an area of one chain by ten chains. What? What’s a “chain”? A “chain is a system of measurement that gets broken down even further into links! One link equals 7.92 inches (that’s a lot of king’s pinky knuckles!). And for those into horseracing 10 chains equals a furlong. The chain was a popular method of taking land measurements going back to the early 1600’s. Another method is the rod unit in which an acre is equal to 40 rods by 4 rods.

Now let’s move to our architectural framing plans and details where we see items like 2×4’s, 2×6’s etc. Does this mean the framing member is actually 2 inches by 4 inches? No it does not but at one time in its life that 2×4, for example, was 2 inches by 4 inches but then it went through a drying process and became approximately 1 ½” x 3 ½” hence we came up with a nominal system. The nominal system is commonly found in wood and masonry products. Dive a little further into the framing and you may see the nomenclature “d” on some nails. D comes from a roman penny which is a denarius and a 2d (or 2 penny) nail is equivalent to an inch long nail. Each 1d increase will add another ¼” to the nail length.

Now take a look at the building elevations and you see some fiberglass shingles for your roofing material that may be called out by its length of warranty perhaps 30 year but the contractor is going to have to figure out how many squares he will need. A square is the amount required to cover one hundred square feet. At the roof edge you might see the gutters or fascia indicated by gauge. Gauge is a unit of measure used for sheet metal and is determined by an average weight per square foot per inch! The funny thing about gauge is the bigger the number the thinner the metal. Do you think this is what Mies van der Rohe meant by “less is more”.

The U.S. has discussed many times about converting to metric which would be so much easier in terms of calculating since everything is based on units of 10 but the impact would be monumental. I love the eclectic nature of the imperial system and being in the second half of my career I hope it does not happen during my time!

If you enjoyed these interesting facts you might enjoy this wonderful site dealing with all things math! Check it out: Abakcus