If The Earth is a Rockin’ Don’t Come a Knockin’! 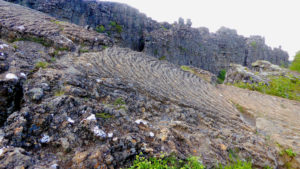 What does Tennessee, Nepal and the Philippines have in common this week? They are all recovering from earthquakes with the Philippines suffering the most devastation and fatalities.

Every day close to 70,000 earthquakes a day throughout the world. They are not usually mentioned because they are considered microearthquakes, which are rarely felt and register as a 2 or less on the intensity scale. Tennessee, Nepal and the Philippines all felt tremors of 3.6 to 6.4! These numbers represent the magnitude that is referred to as the Richter scale, which was developed from an earlier scale know as the Mercalli Intensity Scale which was subjective and measured intensity by actual visual impact. The Richter scale is a more quantifiable measurement.

Architects in New Jersey are always thinking of earthquakes in regards to designing structures since New Jersey is considered to be in a “B” Seismic Design Category, (categories range from A to E), according to the International Residential Code 2015, New Jersey Edition Figure R301.2(2). In accordance with Section R301.2.2 this zone exempts residential structures such as detached 1 and 2 family houses as well as townhouses from seismic design. Wait, what? My house is not designed for an earthquake? Maybe I should move to an apartment building.

Scientists are predicting a major event is imminent. New Jersey is considered overdue for a moderate earthquake of a magnitude of 5 or greater. A DEP study says intense earthquakes are likely to happen every 100 years or less. The east coast is harder to predict such an event relative to the west coast due to the geological make up of the region. In the east an earthquake’s movement is transmitted much greater distances therefore impacts a larger area. An earthquake in 1783 had a magnitude of 4.9 was located just west of New York City and as recent as 1927 Asbury Park/Long Branch had an event measuring 3.9. Luckily no one was hurt on either of these occasions but had someone been standing near a chimney it could have been a different story!

New Jersey is home to the Ramapo Fault which is an ancient crack in the earth’s crust (my daughter loves pie but we are talking about a different kind of crust here). It is the longest fault in the northeast running from Pennsylvania through New Jersey and ends up in Westchester County, New York. It even runs right through my home county of Morris! Scientists believe it is approximately 200 million years old and extends up to 9 miles deeps! Another interesting fact is that New Jersey is made up of four geological regions; the Valley and Ridge, the Coastal Plain, the Highlands and the Piedmont (home of Morris County). Going back before I was born those last two regions where connected to Africa so you could have had an exit off the Garden State Parkway take you directly to Morocco! One of the cracks that eventually made this exit just a past dream is the Ramapo Fault.

Even though New Jersey’s Residential Code does not require seismic design for certain residential structures the IBC NJ Edition which covers all the other building types will keep you safe!

So the next time you are out for a walk in the neighborhood stay clear of anyone’s brick chimney, you never know when the next big one is going to hit. If you need to have that extra protection in your house be sure to ask your architect about what features can be designed into the structure to give you a little more security.