Should I Have a Basement or Crawl Space Under My Addition? 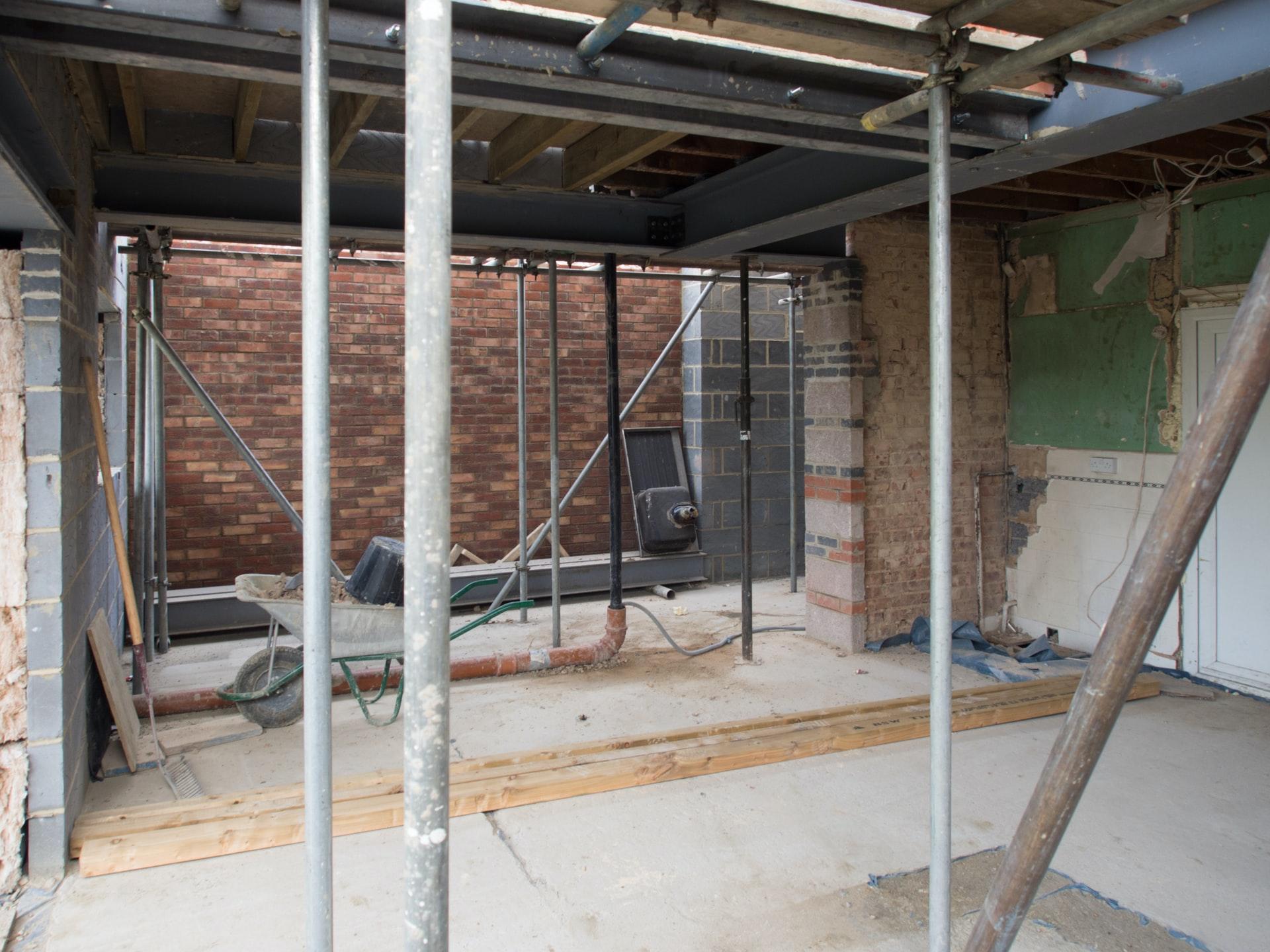 There’s a famous architectural saying that “a house is as good as its foundation. Every house stands on a foundation, but not every house will have the same type. Residential foundations are dependent on drivers such as the design of your house, site location, soil conditions, and most importantly, your budget!

The types of foundations vary, but most likely your house or addition will have a basement or crawlspace. These are practical and flexible and seem to work for thousands of homeowners across the globe.

Today, we’ll compare these two types and see which ones could work the best for your addition. And remember that your architect for renovation has done his background study and knows his foundations.

So, it’s best to stick with the man/woman with the plan!

A basement foundation is one of the primary types of foundations. It matches either most or all the floor space above it and is generally 7 to 9 feet high. With changing times, residential architects and council rules have also changed. These days newer homes exhibit taller basements to accommodate future living space.

The preliminary advantage of a basement is the extra space it provides for living or storage. Finishing a basement could increase your living area by a high percentage. To add to it, you could also be increasing the value of your house.

Several of you have unfinished basements under your home but forget to harness the advantages that come along with it. It might not be the most ideal place to stay due to the lack of natural light and headroom, but it’s an asset that could transform into a functional space with some assistance from an architect for the renovation.

Another creative yet functional type is the daylight basement. This variation is also known as the partial basement. Usually built against a slope, daylight basements possess one or more sides that are embedded in the ground from the floor level to the ceiling level.

But, as the slope subsides, one side of the foundation is exposed and can bring in natural light through windows and doors. These types of basements are more convenient for conversions into a living space rather than full basements.

Daylight basements might even offer the possibility of adding a separate entrance, which becomes a necessity if you decide to rent out the newly-converted living space.

Why Dig at all?

In winters, the ground can freeze to several feet below the surface. When this happens, the soil will expand force itself upwards. This condition is called frost heaving. Frost heaving can damage building foundations and even contribute to the formation of potholes and cracked roads.

If the foundation of your home sits atop the heaving soil, it will also get pushed up, causing damage to itself and the superstructure. One way to prevent damage from heaving soil is to dig the foundation below the frost line where the soil is too warm to freeze at all.

A residential architect might suggest going with a basement for your addition if the soil conditions and climate are in your favor. If you’re undecided here’s something that might speed up the process: you can’t go back and add a basement later once the addition is finished!

Financially, a basement is going to cost more to construct than a crawl space. But you must realize that since most of the materials, manpower, and equipment are already on the site, so might as well take advantage of these resources.

A crawl space is a narrow space within a building that gets its name because there is ideally only enough space to crawl rather than stand. A crawl space is usually built when constructing a basement would be too expensive or impractical.

Its functions include providing a passage to repair plumbing, heating, and cooling systems, and electrical wiring without the need for excavation. Crawl space could even act as a buffer between the damp ground and the wooden floors of your home.

One of the advantages of having a crawl space foundation to your addition is that it might be useful to elevate the lowest floors of residential buildings located in the Special Flood Hazard Area.

Crawl spaces can be vented actively, passively, or even be closed. An advantage of a vented crawl space is that harmful gases such as carbon monoxide (from heaters or gas furnaces) can escape before they enter the living space.

But, in regions with humidity, the outside vents could also allow the moisture to come in, which could result in condensation. This would then create a damp environment, which could foster the growth of mold. Many a time, humidity in sealed crawl spaces is controlled with a dehumidifier.

To avoid the passage of air from the crawl space to the living environment and improve indoor air quality, encapsulation is utilized. The process involves the addition of a vapor barrier to the floor, which seals off all outdoor openings and adding thermal insulation to the walls, to shut any remaining cracks or gaps between the crawl space and the floor of the residence.

Cold temperatures in a crawl space could travel through the floor joists to the above living space, which means the owners of homes with crawl spaces will end up spending more to keep their homes comfortable. Even though insulation reduces the cold transfer, it doesn’t eliminate it.

In cold regions, plumbing lines that lie in crawl spaces also need to be insulated to keep the pipes from freezing and cracking.

Sometimes, crawl space doors are located inside the home, or an insulated access entryway is constructed in the perimeter boundary. A crawl space is less expensive than full basements as it requires less excavation. The materials usually consist of concrete masonry units or solid concrete.

Crawl space walls are also more likely to require structural repairs if located in regions where the clay content in the soil is high. When saturated, clay-type soil can swell and put lateral pressure on the foundation walls, which leads to shifts and cracks.

After reading through, it’s quite clear that basements hold more weight over crawl spaces. However, this discussion is quite subjective. If a basement works in New Jersey, it might not be so successful in Florida and the same for crawl spaces.

Both options have their upsides and downsides. However, the job of a residential architect is to perceive what would work best for your addition following the building codes and regulations along with the soil and climate type.

If you don’t have the money to spend on a basement, then a crawl space would suit your needs provided the soil conditions allow for it. However, remember that you would have to invest in thermal insulation and protection against mold infestation.

Either way, an architect for the renovation is your best bet. You get to deal with reason and logic and even a bit of creativity. Get in touch to find out how your addition can accommodate not only what it needs, but what might work for it most conveniently.