The Most Common Architectural Styles in New Jersey

The magnificent New Jersey. With almost nine million residents, New Jersey is the most densely populated state in the nation. History describes the Native Americans as the first inhabitants of the state, followed by Europeans in the seventeenth century.

With varying communities and people in the past, New Jersey has experienced significant cultural and architectural influence. It is difficult to find a street in New Jersey without experiencing some sort of history and culture.

New Jersey exhibits centuries-old educational buildings, regal private homes, and museums among other architectural feats. Each architectural marvel represents a unique style and that is what you get to witness today. 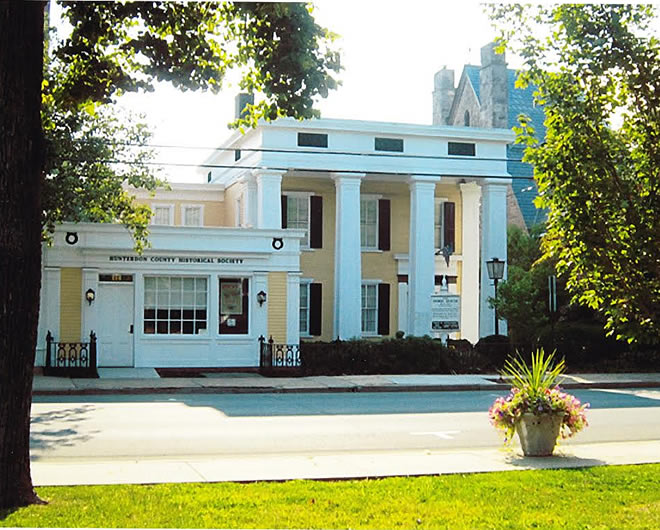 The Doric House is one of the finest examples of Greek Revival architecture in New Jersey. The Doric House served as a private residence for architect Mahlon Fisher who built the house in 1845.

The Greek Revival style is characterized by tall columns, plain embellishments, and sharp edges. These structures exhibit symmetry and are simpler compared to other architectural styles.

Greek Revival dominated American architecture between 1830 to 1850. American architects such as Robert Mills, Thomas U. Walter, and Benjamin Latrobe experienced highly with the Grecian style. In addition, easy-to-follow- guides for carpenters developed by architects Minard Lafever and Asher Benjamin made the style widely available for imitation.

Today, Flemington in New Jersey continues to be the hub of Greek Revival architecture. 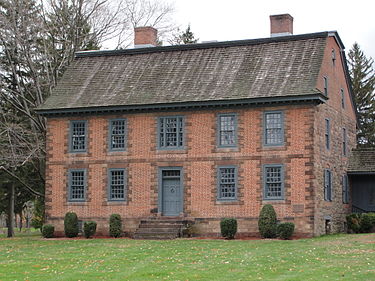 Originally known as Bloomsburg Manor, the Dey Mansion was built by Col. Theunis Dey in the 1770s. On several occasions, it served as Washington’s Headquarters.

This style traces its origins back to the Italian Renaissance. Georgian style dominated American architecture from 1700 to 1776.

The Georgian style is easy to recognize. Homes in this design are one to two stories tall. The style exhibits symmetrical arrangement owing to its box shape. Many Georgian homes feature rectangle windows on top of a two-paneled front door, which is embellished with decorative pilasters.

Most often windows are five across, arranged in a straight pattern across the front of the structure. Larger windows feature between nine to twelve panes each.

Most of the present-day Georgian-style homes are or have been associated with prominent citizens and in the past, they were reserved for the wealthiest. 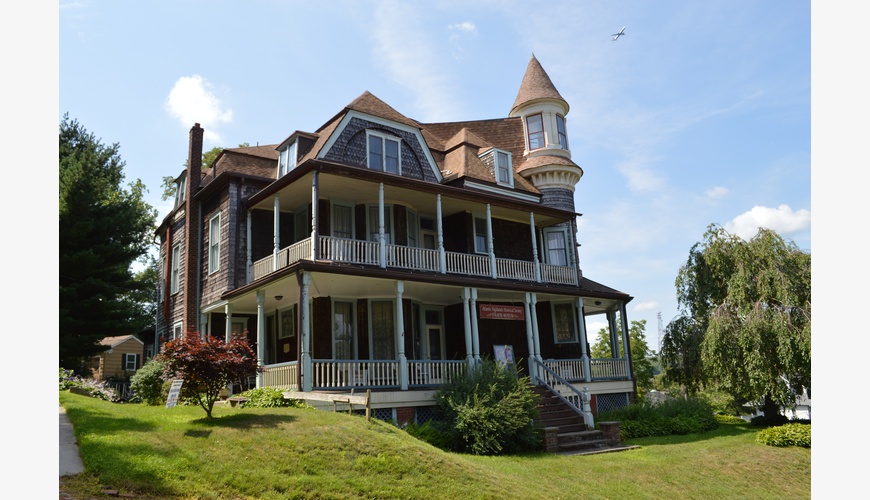 The Queen Anne style encompasses a variety of architectural features. One of the most prominent features of this style is the intricate brickwork. However, most homes in this style also incorporate terracotta panels. Limestone and white woodwork are also featured in the Queen Anne style.

The trademark feature of this type is the asymmetrical design, which hints at the Italianate architecture style. Queen Anne style exhibits irregular floor plans. To add to their intrigue, the entrances to Queen Anne-style homes often have shadows owing to the multiple balconies and porches.

From 1880 to 1910, Queen Anne was the preferred choice for builders in America. Originally inspired from England, the final product was American. The credit for this popularity goes to architect Henry Hobson Richardson, who erected the first specimen of this style in Rhode Island in 1874.

This popularity was furthered by the Philadelphia Exhibition in 1876. Today it is difficult to pinpoint the exact Queen Anne features of a particular building.

The Southern Mansion in Cape May, NJ

The Italianate style originated in Europe as part of the Picturesque movement. This movement was in response to the classical ideals in architecture and art that had dominated the previous centuries.

Italianate architecture is inspired by the Italian villas that exhibit open floor plans. These villas featured asymmetrical layouts and square towers that overshadowed the traditional designs.

The style gained popularity in the United States of America in the 1840s owing to the books published by Alexander Jackson Davis who presented this style as an alternative to the Greek Revival and Gothic styles. However, by the 1870s, the style lost its charm because of the demand for the Queen Anne style.

You can find stunning examples of Italianate architecture in Cape May, Morristown, and Trenton in New Jersey. The Southern Mansion is a terrific bed and breakfast by the way! Love visiting there! 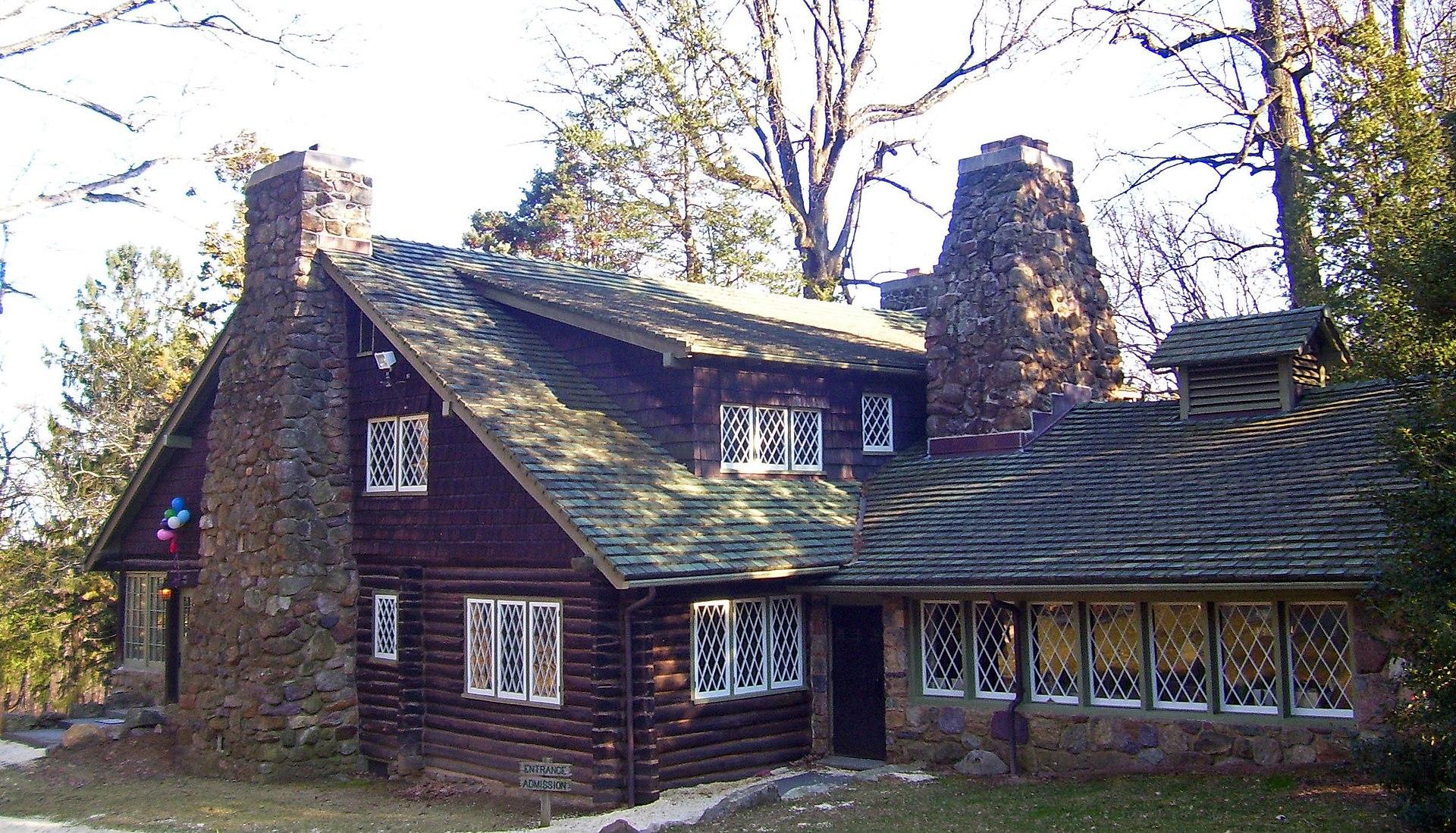 The Log House at Craftsman Farms in Parsippany-Troy Hills, NJ

Also known as the American Craftsman style, the Arts and Crafts style gained popularity in the United States of America because of Gustav Stickley. This style was an amalgamation of architecture, decorative arts, and furniture design.

The Arts and Crafts Movement prevailed between the more famous Art Nouveau and Art Deco eras between 1910 to 1925. The pictured Log House is a great day trip and happens to be across the street from me!

The Doo-Wop style has its foundation in Wildwood, New Jersey. The style was conceived out of modernism in the 1950s and 1960s. The term doo-wop hints at the Wildwoods’ time as a rock and roll venue.

The architecture from this era reflects the culture and the spirit of the people. The building fabric presents varied designs to grab the passing motorists’ attention.

Many new buildings constructed in Wildwoods today try to embrace the Doo-Wop style in the facade of the structures and are the Neo Doo-Wop style.

New Jersey prides itself on being a humble abode to millions of people living in homes exhibiting traditional, classical, and even modern styles. With such a rich architectural history, New Jersey is bound to represent decades worth of architectural transformations.

Enriched with culture and history at each corner, New Jersey has seen it all. The rise and downfall of many architectural styles. And the cities have tried to preserve as much of its rich history as it can.

Residential architects take inspiration from these predecessors and try to imbibe it into the present urban fabric. In today’s modern times, a touch of history becomes essential.