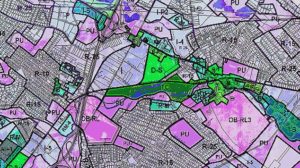 Are you thinking about adding on to your house? Building a new house? Are you going up or out? Where should you start? One of your starting points should be to consider the zoning requirements for your property.

Let’s start by giving a brief description and history of what zoning is. Zoning is the most critical approach to land use a municipality controls. In Morris County, each municipality creates its own zoning regulations. Each town’s structure of zones seems to be broken down into 25 to 35 different categories. Within these areas, the town regulates what you can build, how big and tall you can build and where on your property you can build. It is to protect your interest in your property and its value as well as create a harmonious planning to approach the town’s growth. All of these are considered for health, safety and welfare of each citizen.

The United States took the concept of zoning from Germany which initiated its own ordinances as far back as 1870. First signs of zoning appeared in the area of San Francisco in 1885 when the city banished the erections of public laundries. This approach was considered to be illegal one year later by the Supreme Court since it was prejudicial against the Chinese immigrants. Zoning spread widely throughout the U.S. in 1909 following the First National Conference on Planning and Congestion held in Washington, D.C. Topics discussed back then are still discussed today such as congestion in housing and adequate parks and playgrounds. You can click on the link and read the entire transcript!

Today when homeowners are thinking of a project they are required to have a current site plan to delineate their property lines and all features on the property and their location. This list includes the main structure, walks, decks, landscape features such as a pool, fencing and accessory structures such as a shed. With the site plan, your architect can determine the scope of the project by reviewing the local town’s ordinance and schedule of area requirements. Typically the schedule will determine the setbacks (this feature was created to protect your neighbors from a potential fire and being too close to their property as well as privacy), height requirements and lot coverage. Lot coverage is looked at in many different forms such as just for building and again for all impervious coverage such as walks, driveways, patios and decks. Generally, these are looked in terms of percentage of the lot and help with drainage quality of your property.

Height makes sense because you certainly don’t want a high rise built next to your single story home. There is certainly logic to all the madness in these verbose land ordinances but sometimes it seems oppressive to make a homeowner seek a variance for relief from the requirements when their impact is minimal. It creates a greater cost on their project as well as sacrificing a tremendous amount of time if the town’s schedule is backed up by months of other projects. You would think by this point a town could come up with a method for projects that are diminutive in nature. Especially when a home is already non-conforming and the owner’s addition doesn’t change the already pre-existing non-conformance, such as a second-floor addition over a pre-existing non-conforming first floor in terms of the required setback.

I believe town wants to work with the homeowner to get them the additional space they need and at times if the project is just too burdensome on the property they will request you to go back and redesign the project to make it more in conformance with the required regulations. But in the meantime, you are adding more time to your project.

The ordinances sometimes will have requirements buried deep and do not become evident until you submit your drawings and the Zoning Officer discovers it, such as an additional kitchen or converting your garage into living space can be frowned upon in some zones. The only way to make this happen is to apply for a variance, get in line and state your case.

So when you consider your next project ask your architect if he thinks it’s feasible or set up a meeting with your local Zoning Officer and discuss your thoughts to understand what might be a red flag.

In addition if you are looking for additional information regarding New Jersey’s Zoning and the process on getting approvals take a look at this terrific article penned by fellow architect William J. Martin titled: