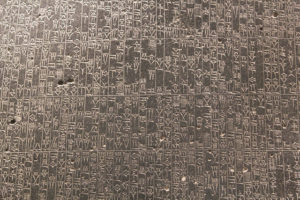 Architects are constantly referencing building codes. It is their job to insure that their designs conform to the most current regulations. This leads to creating a safe and healthy environment for the end user. New Jersey is always updating the codes keeping architects on their toes. New residential construction is dictated by the International Residential Code 2015 (IRC), New Jersey Edition along with many subcodes. However, if you are creating an addition, renovation or an alteration (for definitions see: https://www.aricgitomerarchitect.com/thinking-renovating-home/) the code of choice is the NJ Rehabilitation Code which was adopted back in 1998 to help make the option of sprucing up your home more feasible. This code was written under the premise that most existing homes are safe and do not need to be brought up to date to the most current and restrictive codes. Before 1998 construction officials had more control over deciding what they were going to enforce, making it impossible in many cases for a homeowner to know what the expense of one’s project would be until after submitting for construction permits.

Today if an item in your project is “technically infeasible,” which refers to an accessibility issue in your proposed construction, it is much easier to conform to the Rehab Code. The premise of this section is to “do what you can.” Let’s say you want to finish your basement but the headroom in the stairwell does not allow you to conform to the minimum height requirements to get down there. What do you do? Well if you can structurally modify the opening and stair with ease then you remediate the situation. However, if that is not the case then the stairs can remain as is according to this code.

If you are replacing windows throughout the house and you are not changing any of the sizes then nothing else needs to be considered. If you decide, for instance, that you would like a wider window or a circle-top in your bedroom, then perhaps you will have opened up yourself to the responsibility of putting in an egress window. I personally prefer to provide egress windows for my clients whenever possible.

Even though New Jersey has the Rehab Code, at times the renovation still needs to conform to the IRC. If you decide you would like to take advantage of the attic space over your existing garage then you will be required to conform to section R302.6 Dwelling-garage fire separation.

The code is constantly evolving and getting more voluminous. I recall about ten years ago being in the office of a building official and he pulled off his shelf his oldest residential building code manual. It was basically a pamphlet. Oh how times where so simple! But the oldest building code goes back to the days of the Babylonian King Hammurabi. In the 18 century BCE Hammurabi had developed a code of laws consisting of 282 rules. Rules 228 through 233 dealt with construction. They are the following:

229 If a builder builds a house for someone, and does not construct it properly, and the house which he built falls in and kills its owner, then that builder shall be put to death.

This code was discovered in 1901 carved into a stela of black diorite weighing in at a whopping 8,000 pounds. So even though the building code was only 6 items, (quite scary ones!), they still managed to keep it voluminous!